Insights, Tips, Interviews, and Opinion are the Focus of Scribe & Hortatory, the Official Blog of S&H Publishing
Gila Green

Gila Green is an Israel-based Canadian author from Ottawa. Her father is a Yemenite-Israeli immigrant to Canada and her mother is a third generation Canadian. She has lived in Winnipeg, Vancouver, Johannesburg, Jerusalem, Haifa, and Tel Aviv. She works as a freelance writer, editor and online creative writing instructor, as well as an EFL college lecturer. Gila is the author of Passport Control, White Zion (a novel in stories forthcoming from Cervena Barva Press 2019), No Entry (forthcoming from Stormbird Press, 2019) and King of the Class. Her stories have been nominated for seven international awards and have been published in two dozen magazines and anthologies including: The Fiddlehead, Terrain.org, Jewish Fiction, Fiction Magazine, Many Mountains Moving, The Dalhousie Review and The Saranac Review. Gila writes often about racism, alienation, dislocation, war, family relationships, pre-State Israel, modern Israel, and more recently about a murderous poaching ring in South Africa's Kruger Park. Gila is the proud mother of five children. 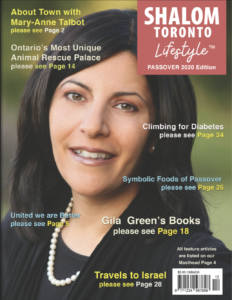